Now we saw with Starting Pitchers that their was a slight positive correlation between pitches thrown per plate appearance and pitching efficiency. Here, I do the same survey with relievers. I used the NL West, with the requirements that the pitcher had no starts, at least 10 relief appearances, and tried to only use pitchers who had at least 2 years of MLB experience. Click on the images to enlarge. 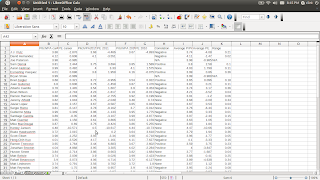 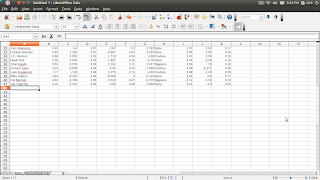 12 of the relievers had a negative correlation for the more pitches per plate appearance, while 10 had a positive reaction. 17 had no real correlation. This means, as we saw with starting pitchers, it is basically worthless to argue that a change in Pitch/PA had any kind of effect on a change in effectiveness in a pitcher. However, like starting pitchers, pitchers who throw more pitches on average are more efficient. Pitchers that had at least 4 pitches per plate appearance had an average PE of -2.44. Relievers that averaged less than 3.7 Pit/PA had an average PE of .88. This probably is best explained by the fact that pitching efficiency relies heavily on strikeouts and to strike people out, you usually have to throw more pitches. However, it does seem that all the elite relievers are heavy strikeout pitchers. So while Pit/PA can't be an explanation for why a pitcher is good or bad one year, it seems that the larger Pit/PA a pitcher (both for starters and relievers)
has the better he is (at least on average).
Posted by Unknown at 10:23 PM