Jair Jurrjens had a two year run, in 2008-2009, where he was a very good starter in the big leagues (worth over three wins above a replacement pitcher according to FanGraphs' WAR). However, things unravelled in 2012 and he threw more AAA innings than MLB innings. In 2013, Jurrjens signed a deal with the Orioles, which was changed to a minor league deal when it was revealed he had a knee injury (he then suffered another injury in spring training). Jurrjens just made his 2nd AAA start of the season, both against the Durham Bulls.

In his first start, Jurrjens threw 56 strikes out of 95 pitches, with just as many groundouts as flyouts (just like his second start). He had 7 strikeouts, 2 walks, only 1 hit allowed, a single to Wil Myers on a groundball.

Since he has now started against the Bulls' twice, here are the Steamer Projections (if they played in the Majors) of the batters he faced (2 in parenthesis means he faced them in both games):

These batters have an average OPS of .677, so Jurrgens should be dominating them. Unfortunately, he hasn't. He has struck out just 9 of the 45 hitters he has faced and walked 6 of them with a below average groundball rate. 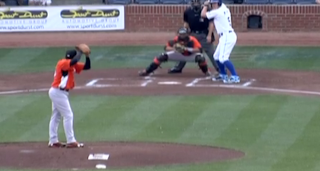 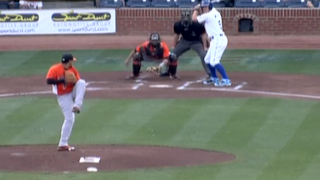 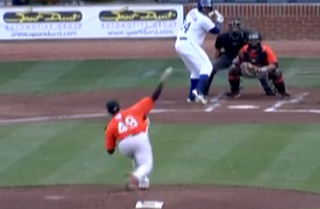 For comparison, here is Jurrjens in 2012: 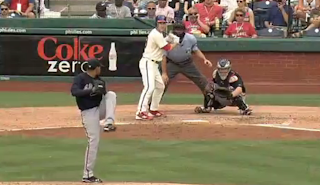 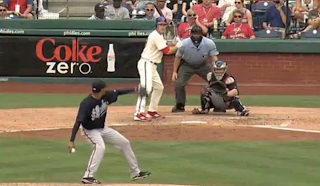 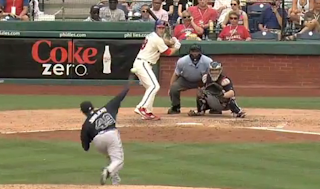 2009 was when Jurrjens was really dominating (at least according to some of the more basic metrics). When you look at his 2009 highlights, two straight starts have highlights called "Jurrjens' Strong Start", and then the next one is named "Jurrjens Impressive start". Here is what he looked like then: 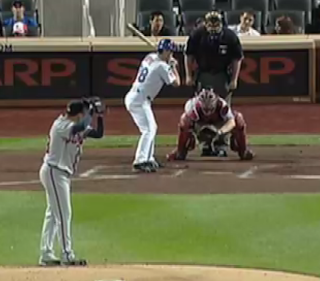 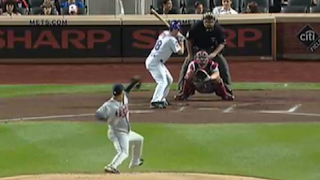 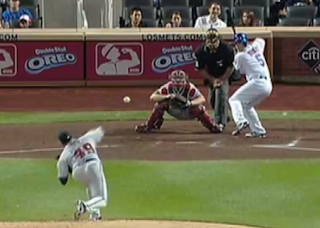 It is hard to see much of a difference if any in his final release point. His right leg is at the same angle, the back is twisted in the same way, and his head is pretty similar as well. I wanted to look at Pitch F/X data, to see if their was a change in his release, so I picked his start with the most pitches from 2009 versus his outing with the most pitches in 2012. 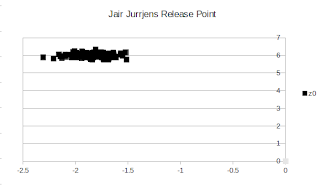 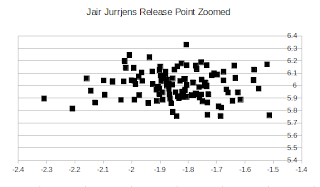 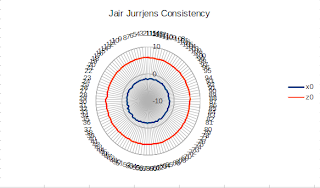 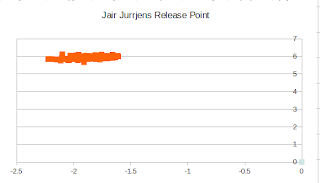 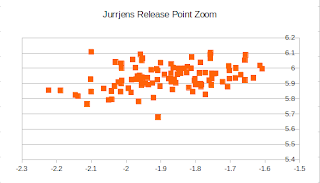 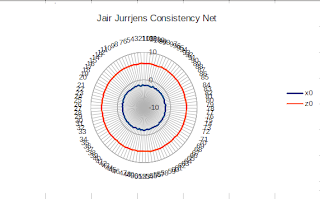 Jurrjens has clearly never been extremely consistent in his delivery. With that said it also looks like it was better in 2012 than in 2009. The numbers bear this out as well. In his 2012 start, his horizontal and vertical standard deviations were .135 and .081 respectably, solid numbers actually. In his 2009 start, it was .145 and .113 respectably, which isn't a bad number, but not as good as his 2012 start. Other than slight drop in 2012, his release point is basically the same, meaning that the release point doesn't seem to be why Jurrjens had so many problems in 2012 and regressed so badly.

So finally let's look at the pitch data that I collected from his AAA outing:


The first thing you notice is that his fastball averaged just 88.55 MPH. Out of the 215 right-handed starters that have thrown at least 500 pitches as a starter in the Majors, only 27 of them have fastballs under 89 MPH on average. It is not exactly a real successful group. His fastball acts as a sinker most of the time, and he threw it 52.7 percent of the time.

He threw a curveball 18 times in the game that didn't get a lot of vertical tilt at an average 74.67 percent of the time, but he relied on his off-speed pitch, the changeup, more often (25 times), as the curveball made its appearance late in the game, in the 2nd and 3rd time through the order. The change moved a lot like his fastball, and was thrown at an average of 81.96 MPH, again well below league average.

Jurrjens got 7 groundballs and 11 flyballs, again weird because he was a decent groundball pitcher in the big leagues, especially when he was going well. He also got just 6 whiffs (6.45 % of the time), and while missing bats was never his speciality, we see that he isn't missing bats, getting grounders, or even throwing a lot of strikes.

He clearly knows that he has below average stuff now, and is focusing on locating the ball low in the zone: 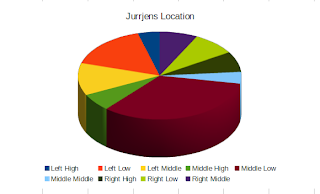 While we are always taught that pitchers should "keep the ball low", we know that pitchers in the Majors that throw low in the zone constantly are not very good pitchers.

At this point, Jurrjens looks like a AAA pitcher. The stuff has really regressed, and he isn't throwing a lot of strikes. Without an uptick in velocity on the pitches, I can't really see him being a successful MLB starter again.
Posted by Unknown at 4:15 PM