In Japan, Chiba Lotte has resigned both Hayden Penn and Carlos Rosa, both will make the equivalent of 750,000 American dollars in 2012 (thanks again to Yusuke Ueno @inter_ueno on Twitter). In 2011, Chiba Lotte had a payroll was 2,237 million yen, or 29 million dollars. This means Chiba Lotte has exactly 1 million dollars to spend per Win Above Replacement, using the formula we used in the Lastings Milledge article. This means they need about a .67 WAR from each Rosa and Penn. However, since they are both pitchers, so we have no simple WAR. Since no Simple WAR calculators for pitchers exist (at least as far as I could find), it made a lot of sense to design one.

So I decided to use a formula that contains of FIP (ERA when FIP is not available), PE, Innings, and Fangraphs WAR. What we will do to determine a WAR ratio is add a pitchers PE and FIP, add 100 to that number (so we don't have to deal with negative numbers) divide by innings pitched, and divide that number by Fangraph's WAR. The average ratio we get will be the number we use for CWAR (since BWAR is Baseball Reference WAR and FWAR is for Fangraphs, CWAR will be Clint WAR). For example, Justin Verlander in 2011 had a PE + FIP of -.74, get 99.26 when you add 100, and divide by 251 innings pitched to get about a .395 number. We divide that number from his Fangraphs WAR of 7, to get a 17.7. We will use the average of Verlander's and other's to determine a ratio for WAR.


I used the 2011 Brewers, which you can view by clicking on the image: 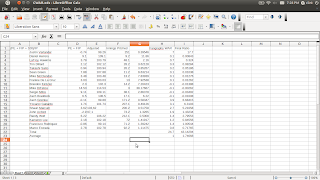 The Second picture here is some notable Japanese pitchers whose WARs were calculated here: http://img.ly/brmL thanks to @yonada on Twitter. 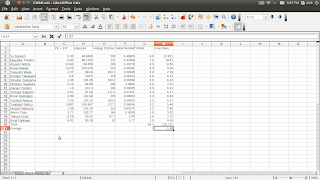 As you can see, the Brewers yielded about a 1.75 average ratio, while the top NPB pitchers registered a 1.93 average ratio. We will take the middle ground and use 1.84. This means that when calculation CWAR, take the initial number, which is FIP+PE divided by Innings Pitched, and have it divided by the ratio like this: 1.84/Initial Number.

So back to the pitchers in question. Carlos Rosa had a PE+FIP of 2.8 (you can find the FIPs for most NPB pitchers here. He threw 73.2 innings, giving him (after you add 100 to the PE+FIP) a 1.40 initial number, which translates to a 1.31 CWAR. This means he is certainly worth the 750,000 dollar contract. Rosa also had 31 appearances in the MLB, and earned a 3.912 PE (.4 WAR), or expected 1.866 PE in the NPB. This means that Rosa has just pitched better than expected in Japan, or that the 2011 success was fluky. Either way, I still like this deal for Chiba Lotte.