Lim Ji-seob is a left-handed Korean pitcher that was the first round pick of the LG Twins of the Korea Baseball Organization. In an 18 and under tournament, he struck out 16 Cuban hitters in a 125 pitch performance, giving up just one run.

First, here is a GIF of his delivery and a 90 MPH fastball:

Listed at about 6 and a quarter feet, Lim is listed as the heaviest player on his team at 207 pounds. So he doesn't have any projection left, but he about as big as you are going to see any prospect coming out of Korea (from round 2 to the end of the KBO draft, I count 8 players over 207 pounds and just one 6 feet 4 inches tall). Any weight that Lim adds at this point would probably be bad weight (which depending on family history, could be a concern).

Despite all the parts of the delivery, I actually think it is pretty free and easy, without a lot of effort and a good landing point. Below, I broke his delivery down by screenshots to get a closer look at his mechanics. He begins by pausing and facing the batter: 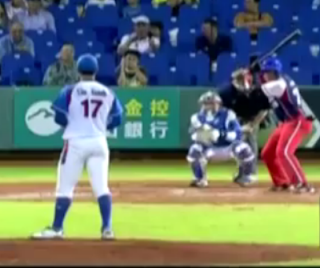 He then begins to shift his weight to his left foot and starts his leg kick with his shoulders pointed slightly to first base. 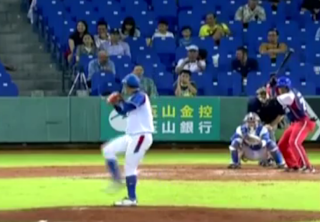 He gets very high with his leg kick, with his knee almost meeting his glove 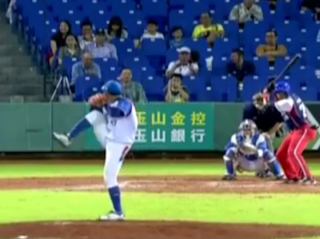 Like many pitchers with a large leg kick, as he begins to come forward, he kicks his leg out, getting his shoulders even further pointed to first base before releasing the ball: 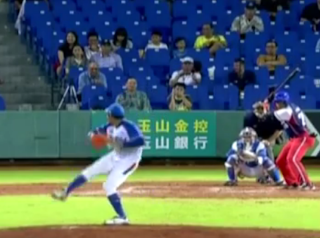 He brings his glove out towards first, continuing to try to gain deception, but at the same time, pulling him away from home plate, which as we will see below, could be a problem when it comes to locating the fastball: 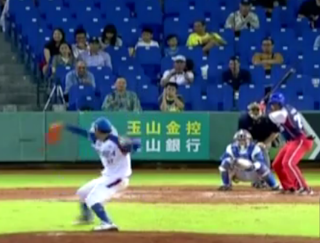 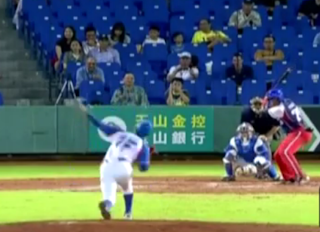 His head is tilted hard to the right, something that would ideally be cleaned up, and there appears to be a little bit of a cross firing action going on with his body, causing his arm to come way out, even with a traditional angle. Other than that, he looks pretty good, with a good stride and without arm drag. Here is another look at his delivery, this a GIF from the side.

You see the violent head jerking a little bit better in this GIF, something that is working against his body and not exactly ideal mechanically.

Lim has a very solid fastball, one that was mostly 90-92 MPH with good vertical movement. He got it up to 94 MPH and down to 88-89 in the outing against Cuba. It is mostly an arm side pitch, even against fellow lefties. This is most likely because he isn't finishing his delivery as shown above. The tilt towards the first base side is not letting him get his whole body forward and in sync, so he isn't able to locate the ball where he wants for the most part. However, I would not call it a big concern just yet. His delivery could either be tweaked or just repeating it as he gets older and continues to get reps could help him improve in this area (we are talking about the control of an 18 year old).

His primary breaking pitch is a 82 MPH slider that has good drop, but not always good control. His weapon against right-handed hitters is a 79-80 MPH fork/change (looks like a split grip) down to 76-77, up to 82-83. He spiked it nearly every time. Not surprisingly, he had better control of his fastball than these two pitches.

Most of his success seemed to come by just blowing fastballs by Cuban hitters. This will be a little bit tougher in the KBO, but it is still plus velocity, and it can have a lot of success if he gets it a little more glove side. This is really impressive stuff for what is basically a teenager coming into the KBO. There are some stuff that needs to be ironed out as shown above, but he could dominate the KBO with that stuff if he can get it to the strike zone. I think he would be considered a really good MLB prospect if he was put in the lower minors with this stuff and this track record of international success already. I really like what the LG Twins have here and I think he can help them relatively soon.

Thanks to Danny K again for helping me find videos for this report
Posted by Unknown at 8:08 AM