In Spring Training, the Netherlands World Baseball Classic team played against the Seattle Mariners in their spring training park. This means we got Pitch F/X data on the pitchers, so I thought it might at least be fun to look at the pitch data and see what the Netherlands pitchers were throwing.

Tom Stuifbergen is the only one that has experience in organized baseball, and has been in the Minnesota Twins' organization since 2007. Stuifbergen is a 24 year old right-hander listed at 255 pounds. He has just one appearance in AA, so he is a little behind as a prospect, excelling when he repeated A+. He has been a low walk, mediocre strikeout, low home run pitcher in his minor league career. Here is what his stuff looks like, via a spin and speed chart: 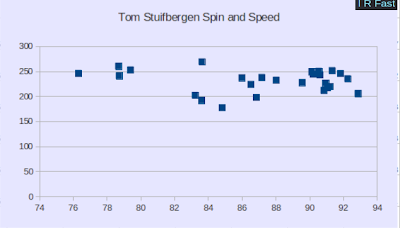 An acceptable fastball, along with probably a change and slider. He has a pretty standard release point, but it may have been a little more inconsistent than you would want. 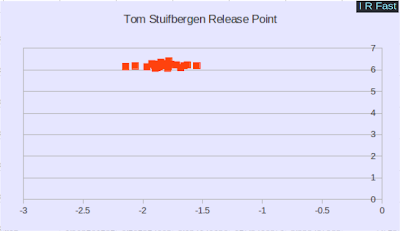 Here are where he threw his pitches on average in his outing, based on the MLBAM tags:

He has to get the change and slider down a little more, and his fastball was extreme arm side, and probably was too high in the zone. He needs to get on top of the ball better than he did in the outing. 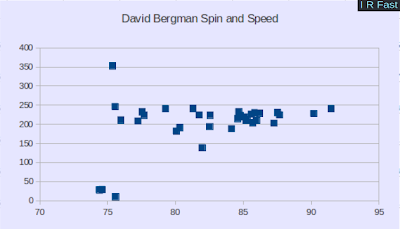 It also loooks like he has a changeup, slider and curveball. His release point is relatively standard, perhaps a little more out and a little lower than the average right-hander: 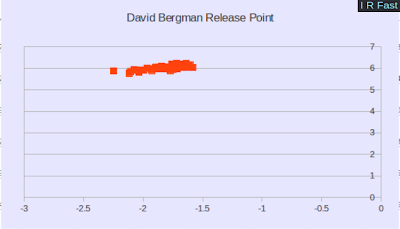 Using the MLBAM tags, here are his average locations:

It seems that he had problems commanding the slider, but got the curve down, with a very high fastball on average. It is hard to imagine he would have success in a more competitive league with that high of a fastball with that little of velocity. 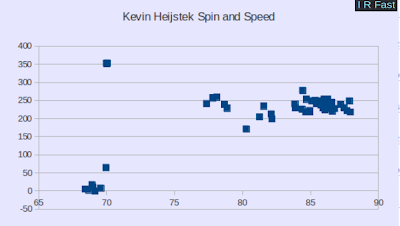 He also seems to have curve, change, and slider. His release point is also further out than Bergman's, and not any higher: 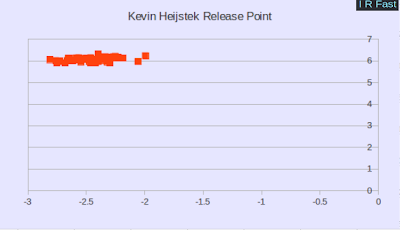 The MLBAM tags says he throws only three different pitches:

In his outing, he did a better job of getting the fastball down than Bergman, but the change stayed up, and he located the curve like a slider. 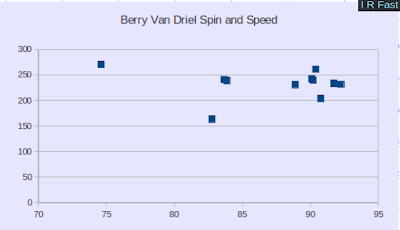 His release point is very similar to Heijstek's, but was really inconsistent in his outing: 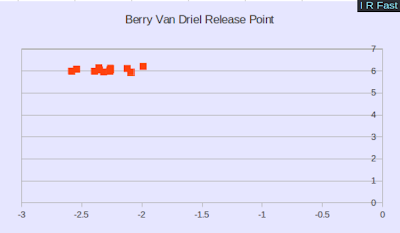 This seems to explain why his average strike zone looks pretty bad:

It sure doesn't look like he was finishing his delivery. 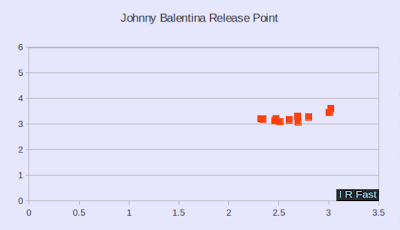 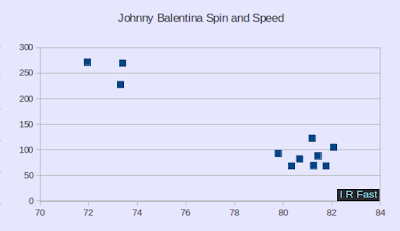 Really just two pitches, nothing over 83 MPH, fastball/curveball. The MLBAM tags called all his fastballs "changeups", but since he didn't throw anything harder, I just called them fastballs:

The "slider" designated by the MLBAM tags is probably a curveball.

Here are the average locations of all pitches thrown for each of the 5 pitchers:

You can see that Berry Van Driel had his serious problems, and Stuifbergen was a little too high as well. Balentina was pretty standard for a lefty, while Hiejstek pitched low in the zone and glove side, with Bergman having a very standard right-handed pitcher location.