Yuki Matsui, the first pick in the 2013 NPB draft, made his NPB debut for the Rakuten Eagles on April 2nd against the Orix Buffaloes, pitching six innings, giving up three runs, striking out six and walking five over 112 pitches. Below is a short summation of his start using graphs and charts.

First, let's take a look at the velocity of his pitches by his pitch count (note, there a few blanks because the velocity of the pitch wasn't posted, as all data was copied from Yahoo, though all the charts are mine). 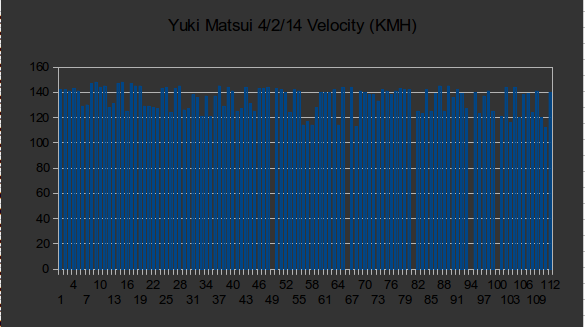 It seems that Matsui's velocity peaked early, and never returned to that peak, though he still threw a few pitches over 140 kilometers at the end of his outing. It also appears he used more slower breaking balls late. The next graph shows how his fastball velocity fared throughout the outing:

Again, we see that his velocity was the best after his first few fastballs. However, there wasn't a real sharp decline, and stayed steady from the middle of the game to the late part of the game. Here are the average velocities of the four different pitch types he used:

As expected, Matsui isn't a hard thrower, though that level of velocity from the left-hand side in the NPB should play pretty well. His slider was faster than his changeup on average, and his curve and slider velocity difference is pretty normal. The following is his usage breakdown, showing how much he used each pitch. 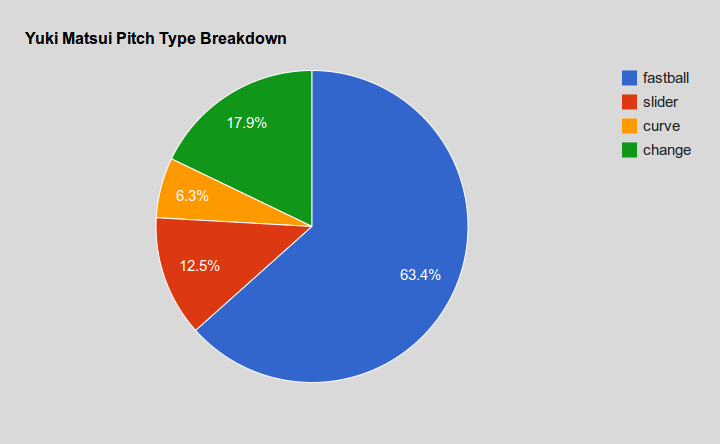 His fastball usage is about normal (at least by American standards), and the change more than the slider usage could be explained by the right-handed heavy lineup of the Buffaloes. Here is how his pitch results broke down:

A less than 60% strike rate is not something to be desired, and his whiff and called strike percentages were a tad low, and the percentage of pitches he threw in the strike zone was a little low as well: 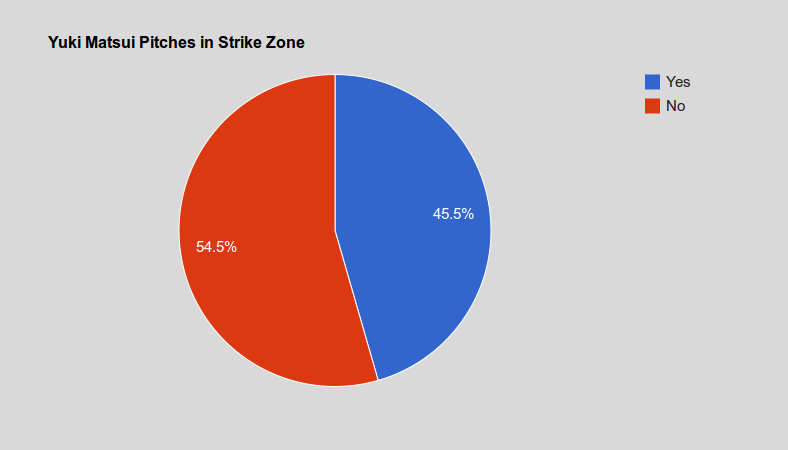 So we should dig a little more into location, and the following pie chart shows where each pitch was generally located. 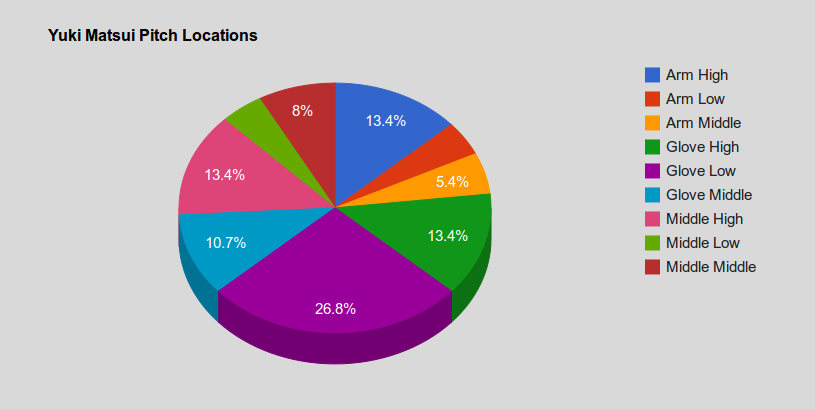 As you can see, he was very heavily glove side, working across his body the majority of the time. As the next chart shows, this hurt him when it came to hits.

He was actually more likely to get whiffs when he stayed arm side.

One reason that he may have been working so glove side is the way he releases the ball: 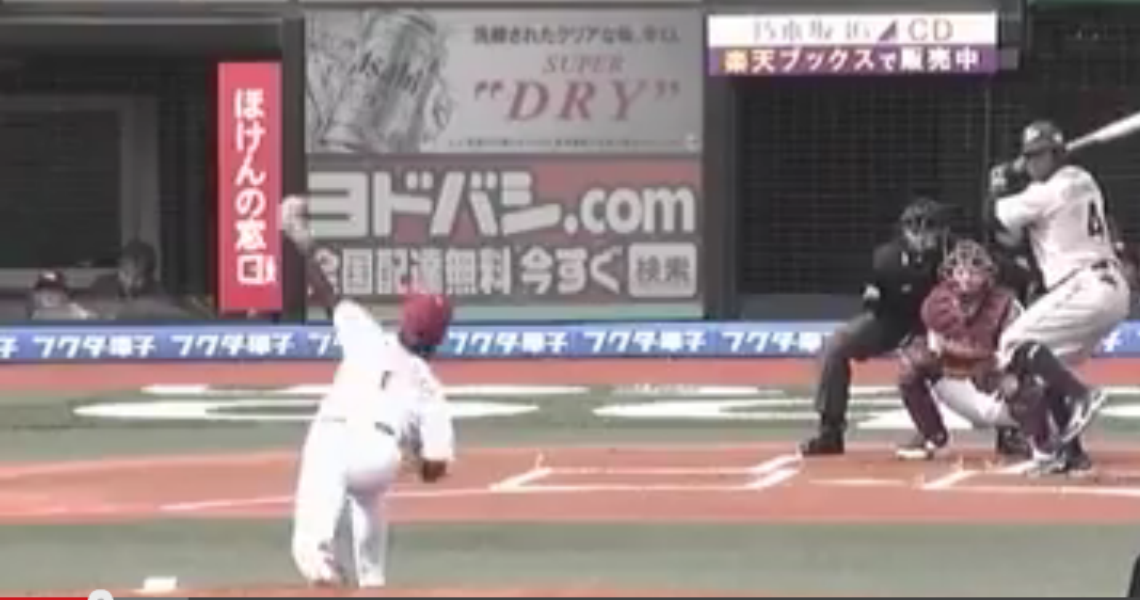 As you can see, he is leaning quite a bit to the right when he lets go of the ball. This may cause him to crossfire, and throw in to right-handed hitters, something you usually don't want to do when you are not throwing especially hard.
Posted by Unknown at 4:00 PM